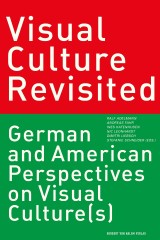 Is there one visual culture or are there multiple visual cultures? On the one hand, it is obvious that images do not exist and cannot be understood independently. Rather, they are embedded in institutions and cultural contexts. This common ground suggests an understanding of visual culture as a singular phenomenon. On the other hand the plurality of pictorial representations - from Sitcoms to illustrations in childrens' books, from cartoons to satellite photos, from high art to everyday life - suggests the conception of visual culture as a singular phenomenon to be misleading. The visual world is a field of conflict and tension between self and other, mainstream and counterculture. The articles in this book include both theoretical reflections on the dialectics of visual culture(s) as well as case studies. The focus lies on examples from the U.S. American context - from the focusing on Native Americans as the 'Vanishing Race' in the 19th-century Photography to the TV coverage of the Columbia Space Shuttle Disaster in February, 2003. This book is therefore highly recommendable to both students and scholars of American Studies als well as those interested in the interdisciplinary debate on visual culture(s).